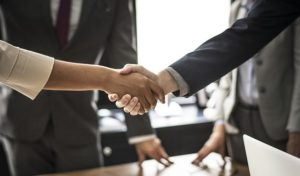 We are frequently asked to advise employee’s on Settlement Agreements and can do so speedily and, very often, without cost to the employee as the employer may covers the fees involved.  If you need advice on an agreement, just give a call.

What is a Settlement Agreement?

They used to be called “Compromise Agreements”.  They are the same thing: a formal written agreement in which an employee agrees, usually in return for payment, to waive claims he or she may have against the employer.

It can be rather more complicated than that, but that is the basic bargain.  The question always for each side is: if we can’t reach an agreement, what is the strength and potential value of any claim that may then be decided a Court or Employment Tribunal?  The considerations aren’t just monetary.

Both sides may, for example, be keen to keep the nature of their dispute and agreement confidential.  It may, however, often be the employee’s interest at least to assert that they have little fear of publicity but that reputational  damage to the employer and distraction of management time in any dispute may be considerable.  These can be significant commercial considerations which we can deploy to an employee’s best advantage.

We do not encourage hair-splitting negotiation over the drafting of small points which in practice are going to make no difference to anyone’s position.  If it is immediately obvious from our instructions that an offer is a good one and unlikely to be improved upon, we will say so and will often restrict our fees to the level of contribution provided for by the employer in the agreement.

On the other hand, we will not advise an employee to sign an agreement before we are satisfied it is in their interest to do so.  If that means more time and cost is involved in investigating the merits and worth of any potential claims, we will discuss and agree sensible limits for that investigation so that fees are always kept in perspective and proportionate to sums and issues at stake.

Very often, we will advise an employee against signing the agreement put to them but will negotiate a significant improvement to the offer.  Occasionally, especially where pension funds have a significant bearing, an employee is best served by deploying tactics to remain in employment and frustrate the desired dismissal.

Whomever we are advising, our commercial and pragmatic approach means we don’t just look at the money in the offer.  We ensure our clients make informed decisions having regard to wider issues, of which there can be many:

–  the potential merits and value of claims that may be compromised

–  the financial and hidden costs of not reaching an agreement

–  the appropriateness of tax indemnities

–  the perceived and actual value of an agreed reference

–  the value and effectiveness of confidentiality, gagging and mutual respect clauses

If you are in a situation where a Settlement Agreement is being considered, give us a call.

This website uses cookies to improve your experience while you navigate through the website. Out of these, the cookies that are categorized as necessary are stored on your browser as they are essential for the working of basic functionalities of the website. We also use third-party cookies that help us analyze and understand how you use this website. These cookies will be stored in your browser only with your consent. You also have the option to opt-out of these cookies. But opting out of some of these cookies may affect your browsing experience.
Necessary Always Enabled
Necessary cookies are absolutely essential for the website to function properly. This category only includes cookies that ensures basic functionalities and security features of the website. These cookies do not store any personal information.
Non-necessary
Any cookies that may not be particularly necessary for the website to function and is used specifically to collect user personal data via analytics, ads, other embedded contents are termed as non-necessary cookies. It is mandatory to procure user consent prior to running these cookies on your website.
SAVE & ACCEPT